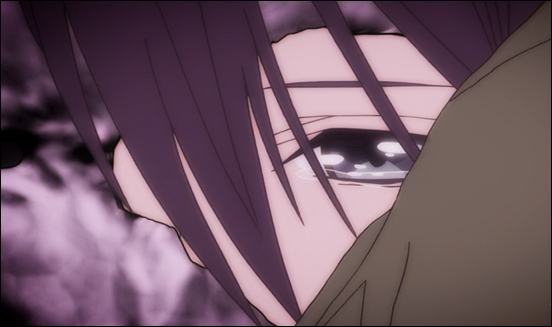 Sorry guys, I know it’s been a while since I did one of these, but life has been most unforgiving recently. I’ve had friends to appease, reports to write, temperamental technology to whip into shape, etcetera, etcetera… But long story short, I’m back! For the time being…

I thoroughly enjoyed this episode, mainly because it felt very solid from a scientific perspective. I’ve spent the last month studying forensic neuroscience- how brain structure can influence criminal behaviour- and something I’ve learnt is that many criminals have problems with the structures responsible for inhibiting inappropriate behaviour, so when Shun mentioned how, in much the same way as criminals, cantus users’ unconscious desires are not inhibited by ‘human reason’, I was quite impressed- it looks like someone, somewhere down the line did their research! And links back to real-life mechanisms really help ground this strange tale, making it seem more relevant to us, and, therefore, more scary. I know I’m much more scared by what could be perceived as a legitimate threat- those who cannot inhibit dangerous behaviour- than, say, vampires, who I doubt anyone considers a threat to their lives!

And how dangerous this ability is indeed! Not only does it warp the world around those wielding it- it’s a nice touch that all of the mutants are hideous, as it makes their power seem hideous in comparison- it also warps those individuals. All one need do is look at the past behaviour of some of the characters, and what’s happened to Shun, to see that! This gives the show a distinctly hopeless feel. I’m reminded of a show called Casshern Sins, where the trade-off for having super-strong, age-resistant bodies that don’t need food or water to sustain them, was that the robots would be doomed to slowly rust away, crumbling into nothingness. Sure, the cantus-users are all-powerful, but all face the risk of their powers running amok and turning them into karma demons who destroy everything around them. And, like in Casshern, there’s nothing they can do about it- how can one rein in the unconscious mind when it lies so deep beneath the surface?

Another thing which has kept me busy as of late is my faith. Oh yeah, in case you didn’t know, I’ve recently become a Christian, which means I’m more and more frequently drawing links between what I watch and God’s word. To illustrate, Shun’s claim that “All problems stem from the human heart” reminded me of various Bible verses which suggest that the heart is “deceitful”, and from out of it comes all manner of “evil thoughts” and actions. This makes me think, at our core, we’re not a very nice species, the characters’, and indeed our very own destruction craving unconscious supports this. Actually, SSY has touched upon many themes related to various faiths so far, which is something I wish I’d touched upon more, but I know that many other bloggers watching the show, including TWWK and vucubcaquix have, so go check out what they’ve written!

So yeah, I loved everything about this episode, here’s hoping Shin Sekai Yori keeps up the good work!