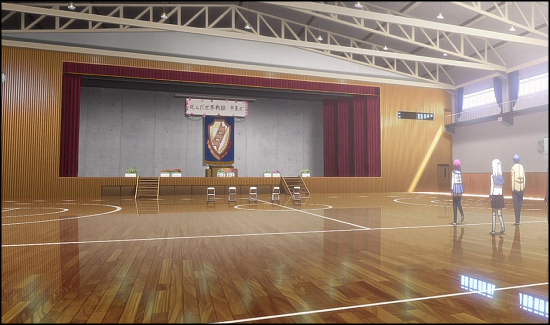 #12 What is your saddest anime scene? 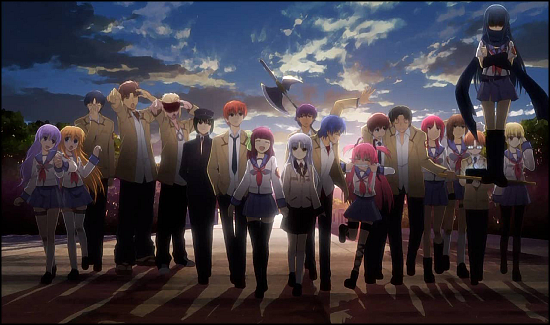 Angel Beats is an amazing anime! It’s both moving and hilarious and accomplishes the difficult task of balancing these two very different moods with ease. Angel Beats also looks good and sounds great! It has one of the best OSTs out there, with incredible OP and ED themes and some truly superb insert songs. Finally, Angel Beats is consistently excellent viewing throughout! But it doesn’t reach the pinnacle of excellence until its final two scenes: the graduation ceremony and Kanade and Otonashi’s parting.

The reason why these two scenes are so moving is because they are a melting pot of some of the most sad and happy things life has to offer, including: joy over having met a dear friend, regret, satisfaction over having achieved one’s purpose in life, confessing one’s love to another person for the first time, loneliness, and so. many. different. goodbyes. With the confident haphazardness of a master chef, Angel Beats throws all of these things into its pot and stirs them together vigorously, before serving you bowlful after bittersweet bowlful, all within the span of about 10 minutes. With a recipe like that, you can’t help but cry! But if I had to put my finger on what exactly sent me over the edge, it was the following three things. 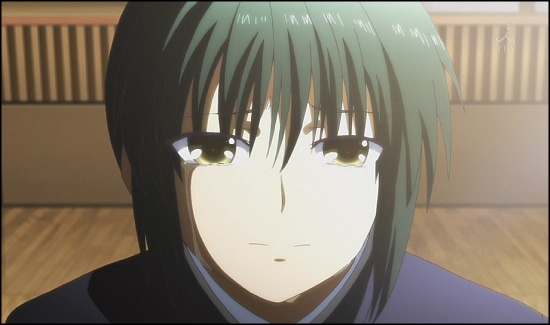 Naoi weeping as he told Otonashi that he was glad to have met him before shortly passing on was the first thing to chip away at my hardened heart. Man tears get to me at the best of times, but the tears of one who, upon first meeting him, was cold, cruel, and ruthless, but was now able to be vulnerable and express joy and gratitude, are particularly potent!

Seeing the usually strong and stoic Otonashi try and stop Kanade, the girl who he’d just confessed his love to, from passing on (an uncharacteristically selfish act), before breaking down into heaving sobs upon realising that he had to let her go was the second thing to have me reaching for the tissues! Watching him grasp at the space that she, mere moments before, occupied, in a kinda cartoonish gesture (like Wile-e Coyote grasping after a long gone Roadrunner), contrasted sharply with his sadness and desperation, making the scene all the more painful.

But the clincher was when, after Kanade had passed on and Otonashi had dissolved into tears, the camera cut to a shot of the school, empty and devoid of life. Then the ED kicked in. Unlike in previous episodes, where the camera panned outward and Otonashi was gradually joined by the other characters, the camera zoomed in and they slowly faded away, leaving Otonashi all by himself. These were a visual reminder that Otonashi was now suddenly and completely alone. This was what broke me completely.

I’ve watched Angel Beats on four (yeah, really) separate occasions and during each and every one of those I totally ugly cried during these two scenes! I like to pretend that I’m one of those stoic, stiff upper lip type Brits, but stick Angel Beats on and you’ll soon learn that that’s really not the case! So, which moments in anime have reduced you to a snivelling mess? Remember, this is totally a judgement-free zone!