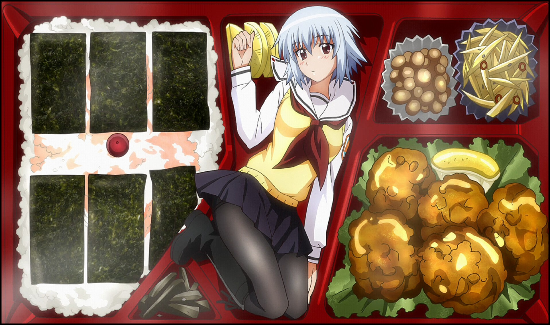 Guilty pleasures. We all have them. Things we know are bad, either for our health and wellbeing or in terms of their quality, but we can’t help but love and enjoy regardless. The same is true of anime. We all have shows that we love, despite them being, objectively speaking, kinda pants. I wrote about one such show during a recent blog post (see the link at the bottom of this post). Below are five more of my guilty pleasures or, as I like to call them, the creme de la creme of crap! Warning! If you consider yourself easily offended, I wouldn’t recommend that you continue past this point! 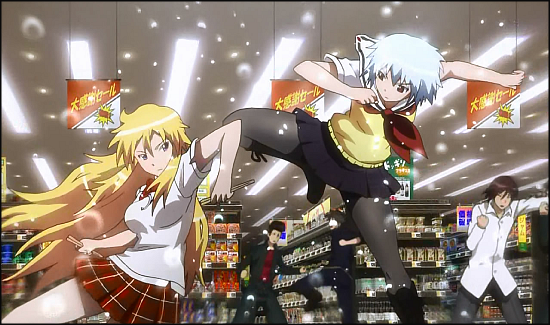 Ben-To’s premise, hungry students trading blows over half-price lunch sets, is ridiculous. But that’s kind of the show’s appeal, just how ridiculous it is! It’s a good example of why, even now, I still love anime, because it constantly exposes me to the weird and wonderful and the ideas that I see come to life represent a kind of creativity, imagination, and ingenuity that’s hard to find in Western media. The show also reminded me of the times when, as a hungry student, I would dash to the nearby supermarket at precisely 6.30pm to have at the recently discounted food! Nevertheless, the show takes itself way more seriously than it has any right to and its fan service is flagrant (so much so that it’s almost offensive), so it’s by no means a masterpiece. 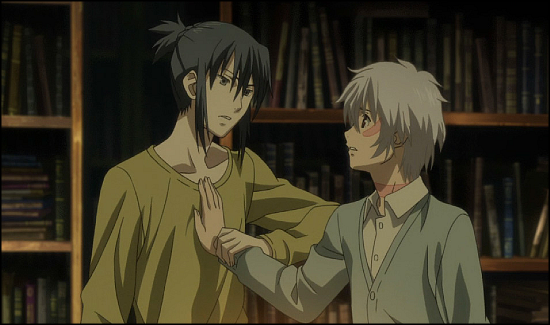 No.6 proves that a good premise will only get you so far, execution is key! And I don’t think that a fairly straightforward anime about two young men battling it out against a dystopian society suddenly and unexpectedly (within the last few episodes) morphing into a supernatural thriller featuring psychic trees and wasp tornados is the epitome of masterful execution, do you? All the same, I adored Nezumi! Even now I still think he’s one of the coolest anime characters out there. And I loved the relationship between him and Shion! Rather than coming across as forced or as a ploy to appeal to fujoshi, it felt sweet and genuine. So in spite of how weird (even by anime’s lofty standards) No.6 became, I still massively enjoyed it! 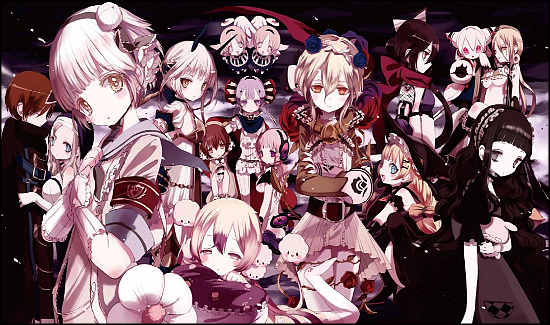 MahouIku’s producers must have thought, five years down the line, we’d all forgotten Mahou Shoujo Madoka Magica. That would explain why they thought that they could fool people into thinking that the show would be just another cutesy magical girl anime, as opposed to one about a mysterious creature from another world posing as a benevolent benefactor by granting girls magical powers, before revealing its true intentions and pitting them against each other in a brutal survival game. However, as you might expect, we all saw this “big twist” coming a mile off. Nevertheless, I still found MahouIku to be extremely entertaining. The great thing about the battle royale format is that you want to keep tuning in, just to see whether your favourite character makes it another week. MahouIku also looked and sounded great and I thought that the idea of having the “magical girls” be a variety of ages and backgrounds (one was even a teenage boy) was pretty novel!

I have this bad habit of giving an anime’s genre, promo art, and synopsis a cursory glance, seeing a few potential turn-offs, and convincing myself that I’m not going to like it, long before I’ve even seen it! That was definitely the case with Dusk Maiden when I learned that it was a horror with a generous helping of fan service. I’ve always felt that horror (or fear) and fan service should never mix, for no other reason than it’s kind of weird and icky to be scared one moment then turned on the next! And whilst I stand by that sentiment, Dusk Maiden was far more enjoyable than I thought it would be. The show was surprisingly deep and touching, exploring themes like love’s power to transcend all barriers! Yuuko was also an unexpectedly strong heroine. She was cute, endearing, and I thoroughly enjoyed watching the mysterious circumstances surrounding her death being slowly unravelled! Saying that, Dusk Maiden’s fan service often undermined the seriousness and overall impact of its scenes and as far as heroes go, Teiichi was sorta weak. Nevertheless, I still have a serious and enduring soft spot for Dusk Maiden inside my heart! 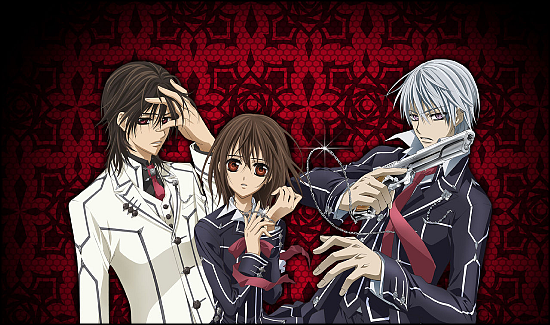 Thanks to Twilight, every teenage girl growing up in the late 2000s went through an embarrassing vampire-worshipping phase! If you didn’t, you’re either 1) in denial or 2) a dude. The canny producers of Vampire Knight definitely knew what they were doing, airing it the very same year that the first Twilight movie was released! Predictably, I fell for this ploy hook, line, and sinker. Boy, I loved Vampire Knight when I watched it back in ‘09 (as a 15 year old otome with no taste)! However, beyond the supremely sexy vampires, the show has little appeal. Yuuki (much like Bella Swan), constantly places herself in danger, which doesn’t make her a heroine worthy of respect! The male characters aren’t much better. They’re pretty one-dimensional, their good looks and propensity to brood barely hiding their lack of personalities! It also became impossible to back Kaname and Yuuki as a couple once the show revealed that they were, in fact, siblings. Gag!

The purpose of this post wasn’t to imply that you shouldn’t enjoy the above shows, or any shows that have significant flaws. Don’t let other people make you feel ashamed of the anime you enjoy (unless it’s Boku no Pico, in which case, you should probably keep that to yourself)! I was simply hoping to make the point that it’s possible to love a show in spite of its flaws and that even if somebody claims to have a refined taste in anime (which is definitely something that I’m guilty of) they probably still have their guilty pleasures that they’re embarrassed to bring up in conversation! So, now that I’ve shared my guilty pleasures with you, what are yours? Don’t be shy!