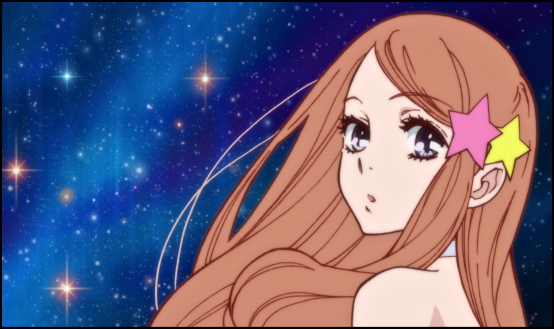 Soon after coming off of my four year-long hiatus I realised just how outdated some of the pages on my blog were, especially My Top 30 Anime List. I first published this list back in 2012. Since then I’ve seen literally hundreds of shows, many of which have become firm favourites. As such, this list no longer accurately reflects my favourite anime. This bothers me for the simple reason that I want people visiting Watashi wa bucho!! to get a good feel for the kind of shows that I like. This can tell you a lot about a person, like whether you’re likely to share an affinity with them. It also serves as a handy reference guide for when people ask me for recommendations. In light of this, I decided to embark on a quest to rewatch some old favourites (many of which I’ve only seen the one time) as well as a handful of more recent ones. This was to ascertain just what anime were worthy of a place on my new and improved Top 30 Anime List.

Over the past three months I’ve managed to rewatch several old favourites, including K-On!, Mawaru Penguindrum, Princess Jellyfish, Samurai Champloo, Gankutsuou, Welcome to the NHK, and Arakawa Under the Bridge. I even rewatched 300 episodes of Naruto Shippuuden, thus was my commitment to revamping My Top 30 Anime List!

Rewatching these anime has been an amazing experience – and not just for the simple fact that they are some of my favourite shows (so naturally I would enjoy rewatching them)! In some instances it allowed me to have a greater appreciation for them. For example, I know much more about Japanese culture and history now than I did when I first saw Samurai Champloo back in 2010. This meant that I was able to have a better understanding of the context in which the story took place. And since last watching Princess Jellyfish I have read the entirety of its manga. This meant that I was even more enamoured with its characters than the last time ‘round. Watching them again was such a fun experience!

In some instances, however, a second viewing did them little to no favours! I noticed flaws where before I had been blissfully ignorant. For instance, the dramatic fluctuation in quality of Welcome to the NHK’s animation no longer escaped my notice. Neither did the fact that its characters are actually garbage people. And rewatching Mawaru Penguindrum did little to make its messy plot coherent and digestible! Sure, I still enjoyed these two anime, but I’m a lot more discerning now than I was six years ago, far better at distinguishing good from bad, whether that be in regards to art, characters, or storytelling. It made me realise that maybe I’d been viewing some of these shows with rose-tinted glasses all these years, further emphasising the need for this project!

This little project of mine is still ongoing. I’ve made plans to rewatch some more of my favourite anime, including Tatami Galaxy, Baccano!, and Clannad, in the near future. The BDs are just sitting on my bookshelf begging to be cracked open! As to what shows will make the final cut and have the honour of ranking in My Top 30, you’ll have to stay tuned to find out! But expect significant changes to be made!