Posted by Ty-chama on January 1, 2019
Posted in: Anime Series, Discussion, Rascal Does Not Dream of Bunny-girl Senpai. Tagged: Anime and Mental Health, Magic, That Was Much Better Than Expected!. 3 Comments

Before beginning today’s blog post let me summarise the plot of Rascal Does Not Dream of Bunny-Girl Senpai (since its title doesn’t really tell you anything)! It’s protagonist, Sakuta, whilst studying in his school’s library, catches a glimpse of his beautiful, yet aloof, senpai, Mai, dressed up as a bunny girl. After confronting her he learns that she is a victim of puberty syndrome – a mysterious phenomenon where the conflict that an individual experiences during adolescence manifests itself in strange and unusual ways – and that only he can see her. The rest of the show consists of Sakuta, your prototypical white knight, rescuing her and his other cute cohorts from the clutches of this bizarre condition.

The young girls of Bunny-Girl Senpai struggle to communicate with other people, to earn the recognition of others, and with their ever-evolving identities. These issues, whilst painful and unpleasant, are not altogether unusual for girls their age. Even dissociation, in response to traumatic events, is not unheard of in girls of Kaede’s age. However, as a result of these problems, the girls experience some pretty unusual phenomena. Tomoe learns to manipulate time in order to achieve her own ends, Mai turns invisible, and Rio splits into two versions of herself, a la Freaky Friday. All of this got me wondering, is there any merit in using supernatural phenomena like these to explore everyday issues? Below I briefly consider this question. 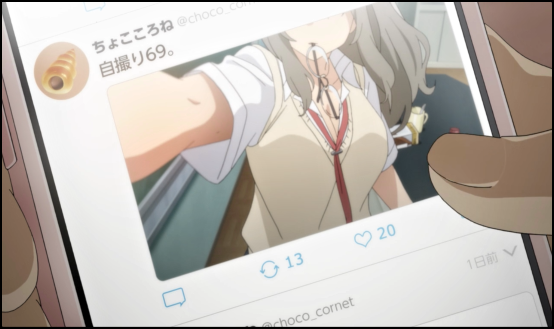 One benefit of using supernatural phenomena to explore everyday issues is that it can act as an important narrative technique. To demonstrate, whilst it’s possible to hide things like sadness, confusion, and loneliness, it’s impossible to ignore your clone walking around and getting into all kinds of trouble – as Futaba soon learned – or other, equally as bizarre, manifestations of your inner turmoil. Therefore, rather than turning a blind eye to their problems and hoping that they would go away by themselves, the girls were forced to, with Sakuta’s help, actually resolve their issues. In other words, the use of supernatural phenomena to explore everyday problems in Bunny-Girl Senpai continually drove its story forward.

A second benefit of using supernatural phenomena to explore everyday issues is that it can transform what’s ordinary – struggling to fit in, desperately seeking the validation of other people, and being bullied – into something extraordinary. As I recently learned, many people tire of facing these, and other, problems in their day-to-day lives and look to anime as a means to escape from them. For people like these, true-to-life, down-to-earth stories about sadness, confusion, and loneliness might very well be unappealing and unpalatable. But, by adding a supernatural twist to these issues, they can suddenly become something fresh and new, something that grabs our attention and piques our interest. This might go some way towards explaining the popularity of Bunny-Girl Senpai and shows like it, e.g. Orange, Bakemonogatari, and “The Key Three” (Air, Clannad, and Kanon).

Making the ordinary extraordinary not only makes an anime more interesting, it also prevents it from being too realistic. The girls of Bunny-Girl Senpai may have faced some real-life issues, but these issues were, in turn, made worse by some very fantastical ones! Time-travel, body-swapping, duplication, invisibility… These things aren’t going to appear on any agony aunt columns (do these still exist?). This might very well be considered a flaw by those hoping to learn how best to deal with their own problems (though the girls’ bravery and Sakuta’s tenacity are something that we can all learn from), but for those looking to watch a plucky group of teens overcome adversity without having it hit too close to home, Bunny-Girl Senpai may be just the thing!

A third benefit of using supernatural phenomena to explore everyday issues is that it lends our problems and feelings a certain degree of mysticism. Scientific explanations for certain conditions or emotional states, whilst crucial, especially when it comes to understanding how to treat them, can often be cold, reductionist, and dehumanising. Reducing depression, for instance, to a genetic predisposition can leave us feeling little more than a collection of unfortunate genes. I don’t know about you, but I don’t especially like to think of myself as a slave to my biology, even if there is a buttload of evidence to suggest that that is the case! To, instead, suggest that our turbulent feelings are either a direct result of or made worse by nebulous forces, like puberty syndrome, whilst completely unscientific, is kind of appealing! 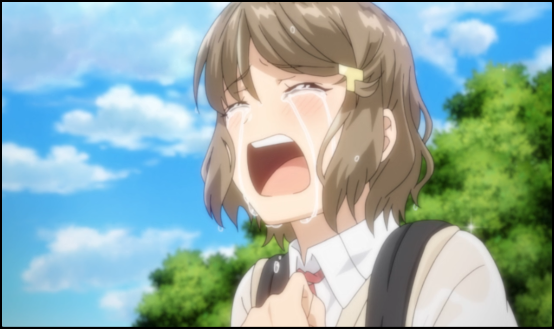 Using the supernatural to explore the everyday also reminds us that our issues, and their solutions, aren’t always as straightforward as some would believe. Sure, our problems may be caused by something more true-to-life than puberty syndrome, but their causes, some our responsibility and some completely outside of our control, are often manifold and no less complex. As such, their solutions are rarely as simple as taking a pill or attending ‘x’ number of therapy sessions, as the girls of Bunny-Girl Senpai discovered. SPOILER ALERT: Futaba felt more at peace with herself after integrating two, seemingly dichotomous, aspects of her personality, Nodoka no longer envied her sister, Mai, after walking a mile in her shoes, and Tomoe relived the same day countless times until she was able to come to terms with her love for Sakuta.

As you can see, there are many benefits to using supernatural phenomena to explore everyday issues, all of which can be seen in Bunny-Girl Senpai. If you’ve yet to watch this, unexpectedly entertaining, show, do check it out! You can find it in its entirety on Hulu, Crunchyroll, and Funimation.