This week I was nominated twice over to participate in the “My Pirate Crew” tag. Thanks to both Karandi and Winter Reverie for considering little ol’ me! Whilst a fun tag, the idea of being stuck on a boat indefinitely is not my idea of a good time. I’m not the strongest of swimmers and, to be honest with you, the ocean freaks me out (did you know that we’ve explored more of space than we have our own oceans? Who knows what kind of horrors lurk in the deepest depths?). I’d much rather stick to exploring land, thank-you very much! That said, that wouldn’t be in keeping with the “My Pirate Crew” tag, so, to make up for being stuck on a boat, I’ll pick the most fun shipmates there ever was!

Without any further ado, here’s my crew!

Almost everything that Souma makes looks to die for (the rest will probably kill you)! I haven’t seen Food Wars in a long time, but I still, every now and then, fantasise over some of his dishes, like the bear hotpot, the mapo tofu, or the morphing rice dish… So Souma’s getting on that boat! Plus, he’s kind of an expert at getting creative with what little ingredients he has, so I think he’d be the ideal chef for an indefinite cruise. 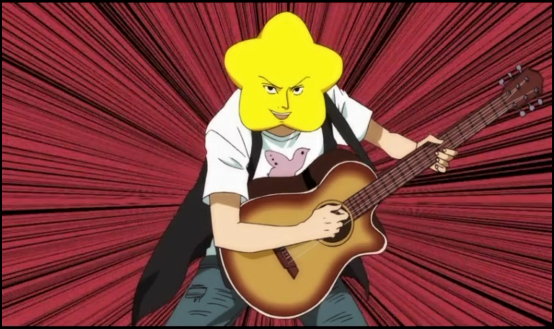 Possibly even more entertaining than his impromptu ballads (including smash hits like the “moochy, moochy, moocher” song and the “even if you shaved your head like a monk, I’d still really love you” song) is his ability to riff on any given subject. Star may look stupid (oh, that he does), but his unique brand of comedy is genius!

Riko’s no stranger to traversing uncharted waters, in fact, it’s her life’s passion! I think she’d truly revel in navigating a landlubber like me across the seven seas! Riko may be naive and reckless, but her grit, courage, and single-mindedness ensure that she always gets from A to B.

Hakase may not be your typical cool, calculating, oh-so serious scientist – mostly because she’s, like, eight – and some of her inventions might be a little… um… off-the-wall, like Nano’s “snack feature”. That said, she’s also capable of creating thinking, feeling artificial intelligence and giving animals the ability to speak, so… swings and roundabouts, I guess! I could definitely do with a mind like hers aboard my ship – particularly if she keeps the snacks a-coming!

Looking at the rest of my crew, I think a doctor’s essential! I wouldn’t put it past Souma to accidentally give me food poisoning with one of his crazy inventions and brining the accident-prone Hakase and Riko on board is definitely taking my life into my own hands! Who better to patch me up again than Shinra, doctor to Ikebukuro’s most wanted! It helps that I’ve always had a little crush on the guy! I just love Shinra’s positivity and doting nature! 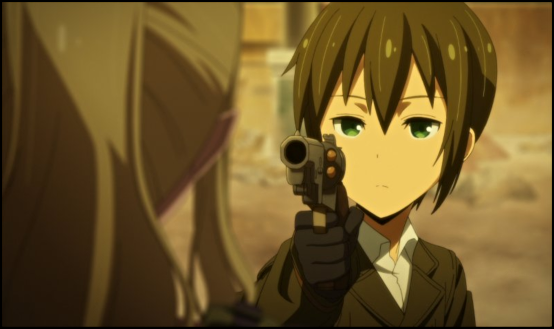 Few can outmatch Kino when it comes to sharp-shooting! In one tense, action-packed episode of the 2017 reboot she, single-handedly, took on a whole flock army of bloodthirsty sheep – and lived to tell the tale! Not to mention that Kino lives to travel, so I don’t think I’d have too tough a time persuading her to hop on board!

Yaoyorozu has demonstrated time and time again just how resourceful, quick-thinking, and intelligent she is. Her quirk, to be able to produce any kind of inanimate object from the fat cells in her body, combined with her limitless imagination, make her pretty handy to have around in a pinch! Yaoyorozu’s also kind, caring, and motherly. I think she’d make an excellent crew member and an even better friend!

So that’s my crew! We may not get from A to B in one piece – or make very intimidating pirates (with two kiddos on board and an average age of just 17), but I think we’d have a lot of fun together, so that’s alright by me!